Event cancelled for cause of refusal by the Prefecture of the channel, for reasons of environmental protection. 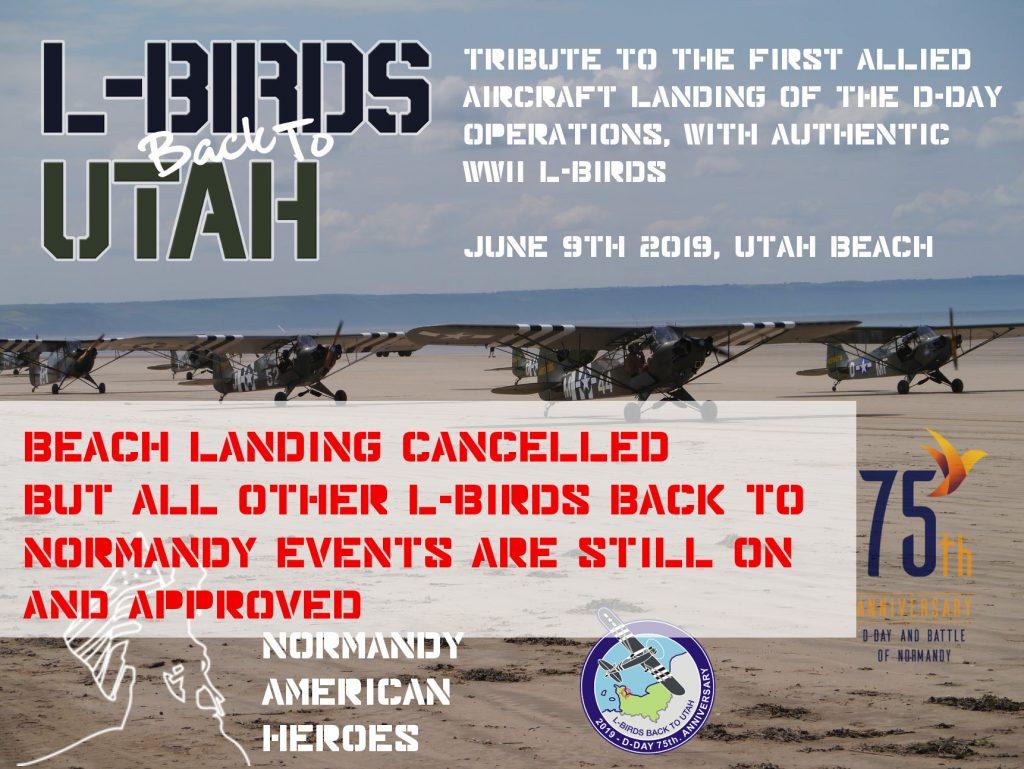 On D-Day Captain Gregoire (4th Infantry Division) was to prepare a landing strip near Saint Martin de Vareville. Due to the allies bombardment, the site was totally devastated, he moved and created an emergency landing strip near Utah beach on the site still knowned today as Causeway 1 – Poupeville

The video below was shot at Saunton Sands (U.K.) where the 1st US Army trained at the Assault Training Center to learn how to destroy the Atlantik Wall and Siegfried line!