Located at the gates of Normandy, the choice of the aerodrome of St André de l'Eure allows closeness to the local population, but also to be accessibility to a wider audience, from the Paris region and beyond, or visitors on their way to the beaches.

Old runways and taxiways, remnants of WWII, provide a large capacity for our event. The many historical remains give even a high memory value to the airfield.

The St André de l'Eure airfield already existed before WWII, but it's then that the two 1600 m concrete runways were built by the Germans. It was used in particular by the Von Richthoffen Squadron.

Flying Ace and hero of the Free French, Pierre Clostermann recounts one of his missions on this airfield in his famous book "the Big Show'. 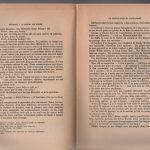 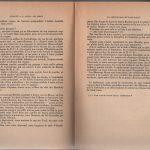 Chapter devoted to an operation on the airfield of St André de l'Eure, in the 'Big Show' by Pierre Clostermann

Major theatre of the battle of Normandy, the airfield received many bombing before being finally liberated by Patton's army on the 23rd August 1944.

It then became "Allied base B24" following its liberation during the battle of Normandy. The airfield housed a large number of DC3 (Dakota for the British and C-47 to the Americans), hundreds of L-Birds and gliders.