From the Piper L-4 to the Fieseler Storch: the "L-Birds".

In the middle of the bocages and beaches, the L-Birds flew slowly and low. They thus escaped the firing of enemy fighter planes and those from the ground. Light and strong, the Piper L-4 and other L-Birds can land on basic tracks, in fields or on small roads.

Liaison airplanes, ("L-Birds"), provided a fast transport for VIPs and cargo, to or from the areas of fighting. They also served as air observation platforms and assisted ground forces, provided information and strategic aerial photos. It is thanks to them that the concept of medical evacuation was developed. They were bringing first aid material and pockets of blood to the frontline, and evacuating wounded soldiers. They were delivering radios and ammunition to isolated soldiers, transport maps and strategic messages between the positions of commandments. They also carried Generals and other grades.

The effectiveness of the Piper L-4, and other L-Birds was such that they considerably increased the potential of the forces on the ground, as well as the morale of the troops. When the Nazi command decided to grant a bonus to its pilots, for shooting down an allied fighter, they granted a double bonus to those who would shoot one of these small L-Birds, yet unarmed and made of tubes and canvas.

Unsung heroes of D-day, they were the first allied planes that landed on the soil of Normandy during the D-Day operations. 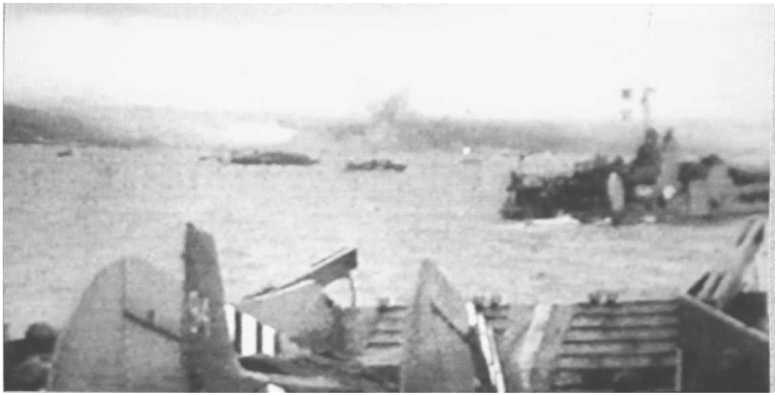 The majority of the Piper L-4 that arrived in Normandy during D-day were transported by boat, disassembled with their wings placed against the fuselage. They landed with barges on the beaches. 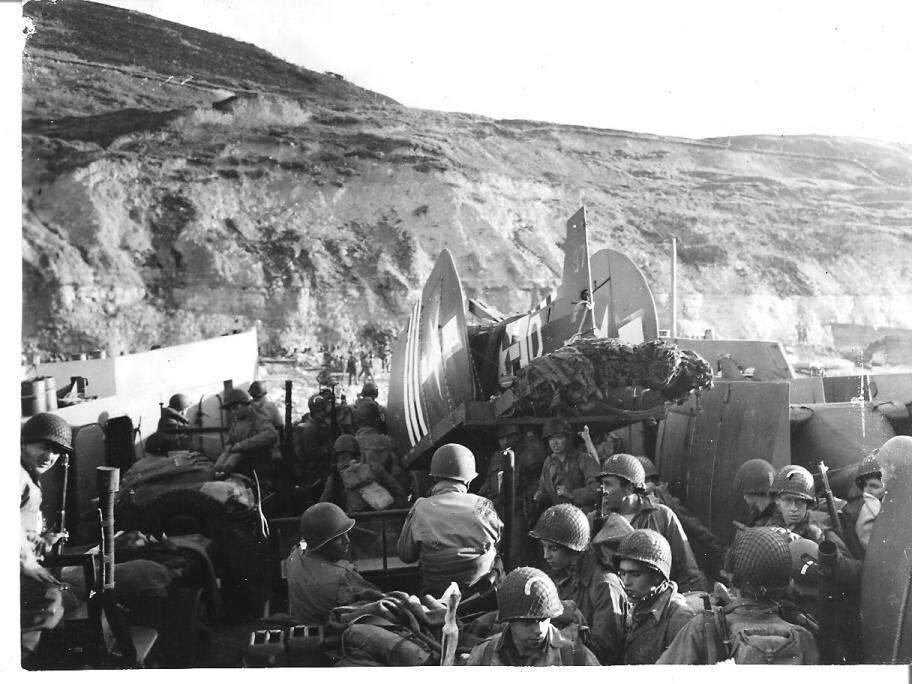 THE U.S. Navy took them so that they could help from the very start of the initial invasion. One of the first actions of June 6th, after securing the beach, was to prepare a track of fortune so that the L-4, as well as the Stinson L-5 Sentinels that were to fly across - could take off and direct the fire of the Navy and of the Artillery during the breakthrough inland.

Quickly assembled, they first took off from summary tracks, as below, the beach of Grand Camp.

behind their leader Lt. Dave Condon, on board the Stinson L-5, a patrol of 5 Piper L - 4, fitted with extra, improvised gas tanks from canisters of oxygen, crossed the English channel on the morning of June 7. They landed at St. Mary of the mount, near Utah Beach. In the sequence of the D-day events, this patrol of six L-Birds was the first ask aircraft Allied on Norman soil. 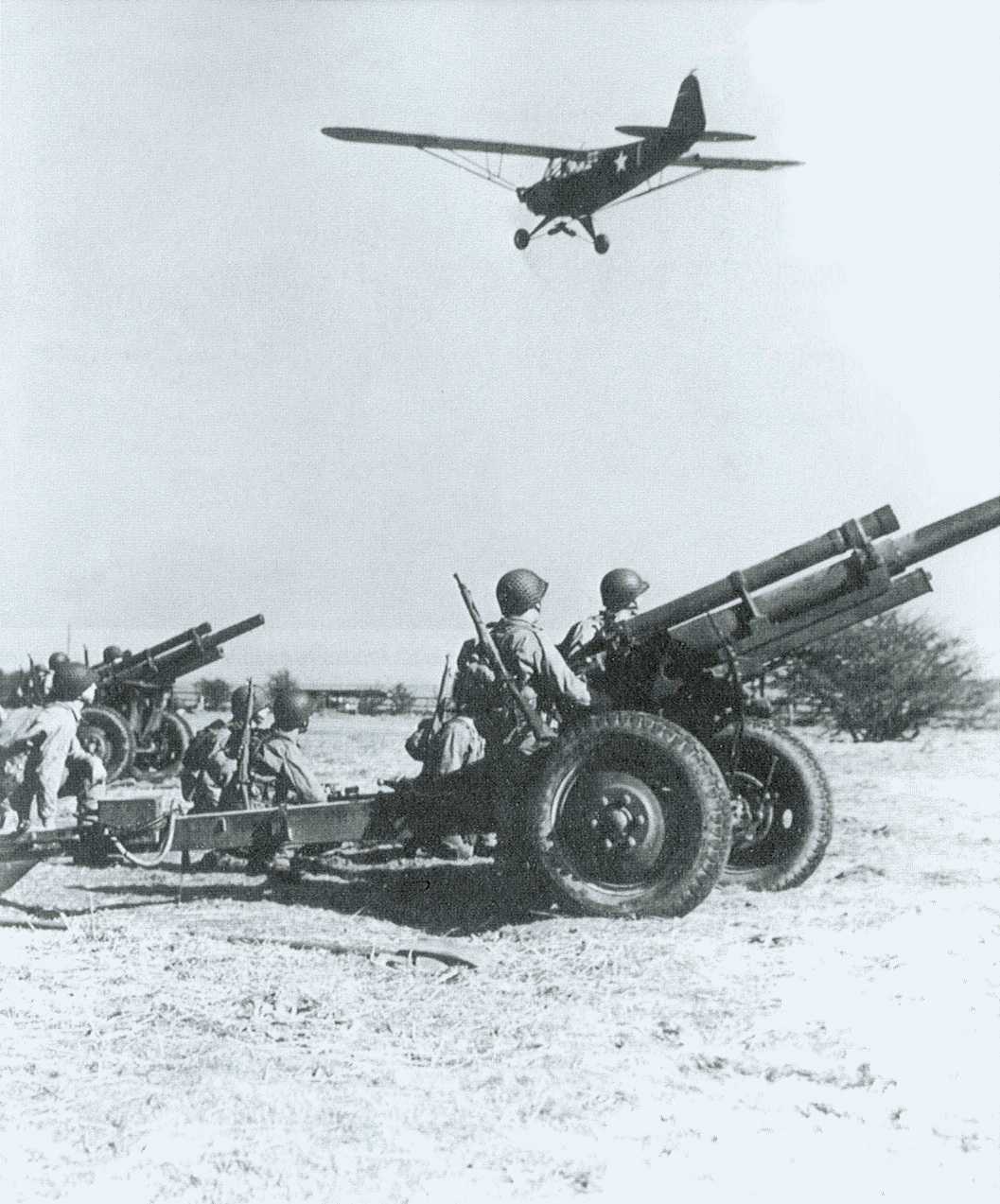 This first landing of an allied aircraft, on June 7th 1944, will be commemorated by a fly past by the airplanes of the The L-Birds back to Normandy event

Close to the local population 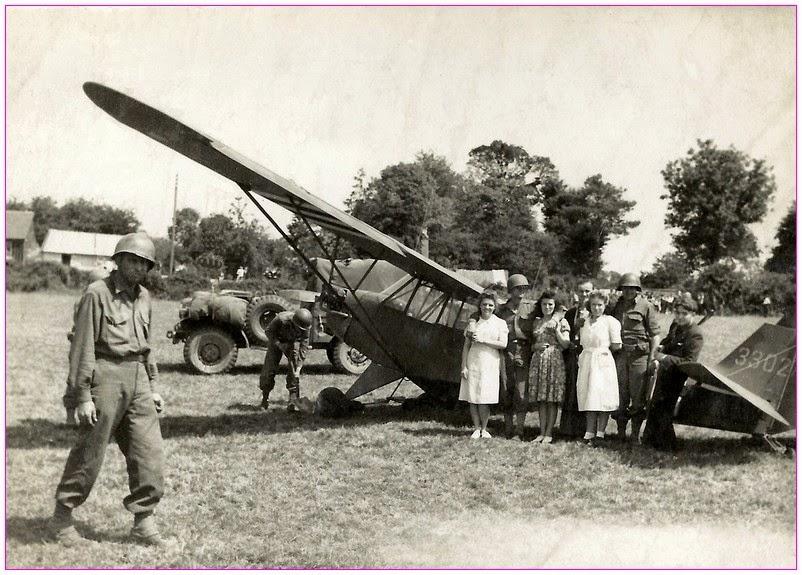 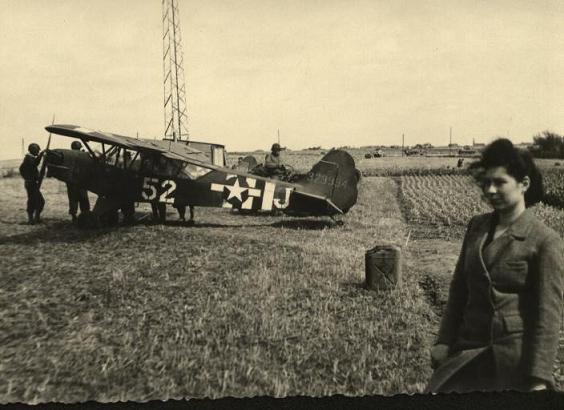 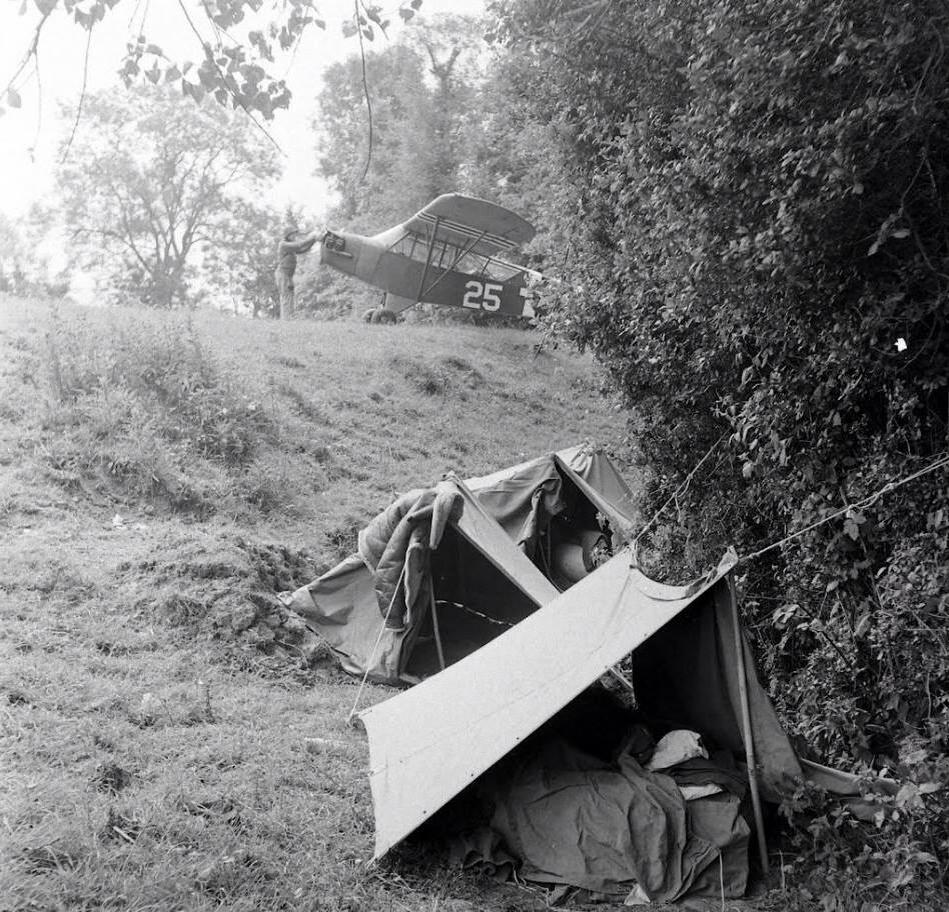 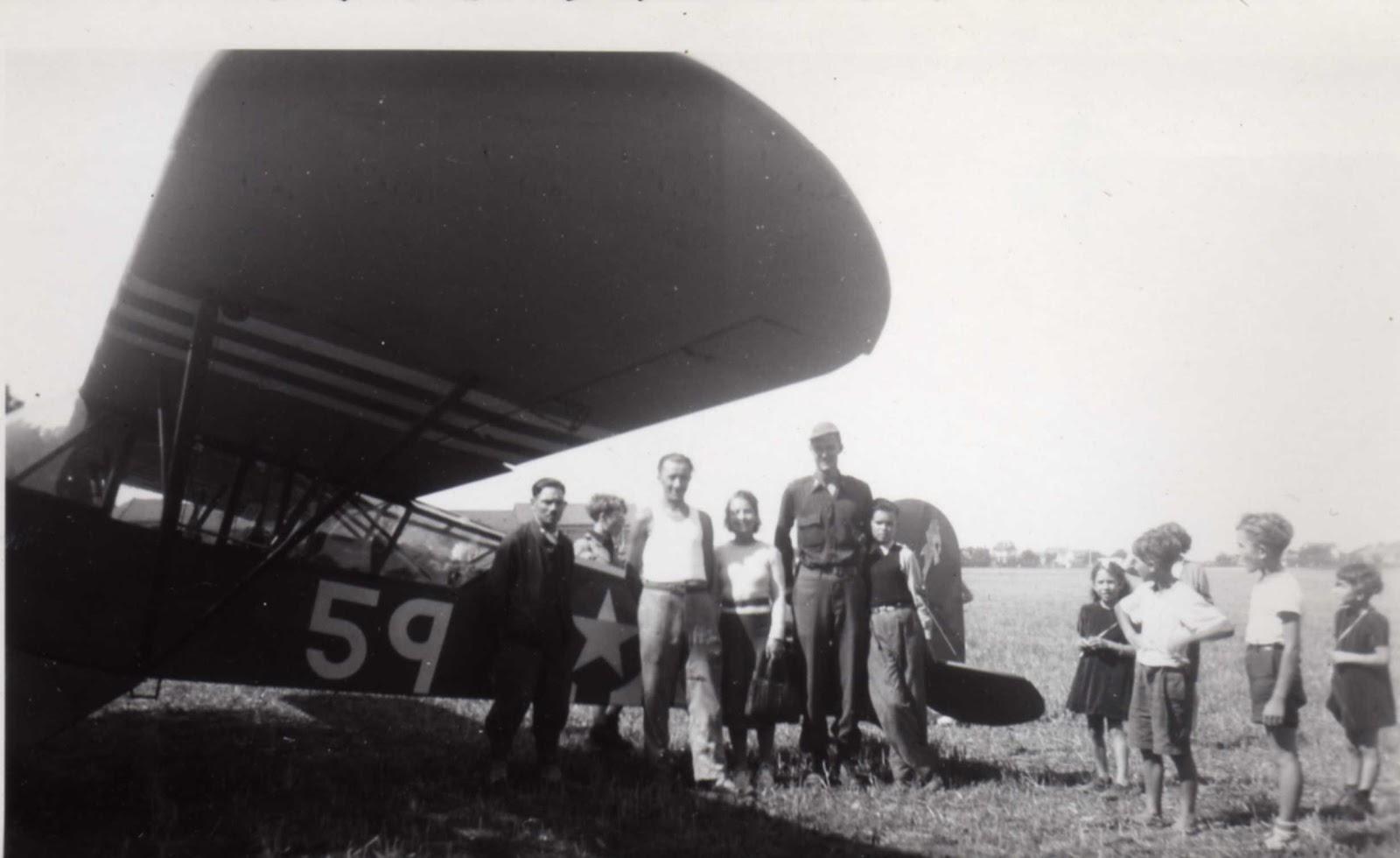 Because they landed on basic tracks and in fields, L-Birds pilots had, early on, a direct contact with the local population.

For many people in Normandy, it was the first time they were seeing a plane so closely.

Often referred to by the nickname of the most frequently encountered, the Piper L-4 "Grasshopper", or "Piper Cub", they still remain a strong memory in Normandy. 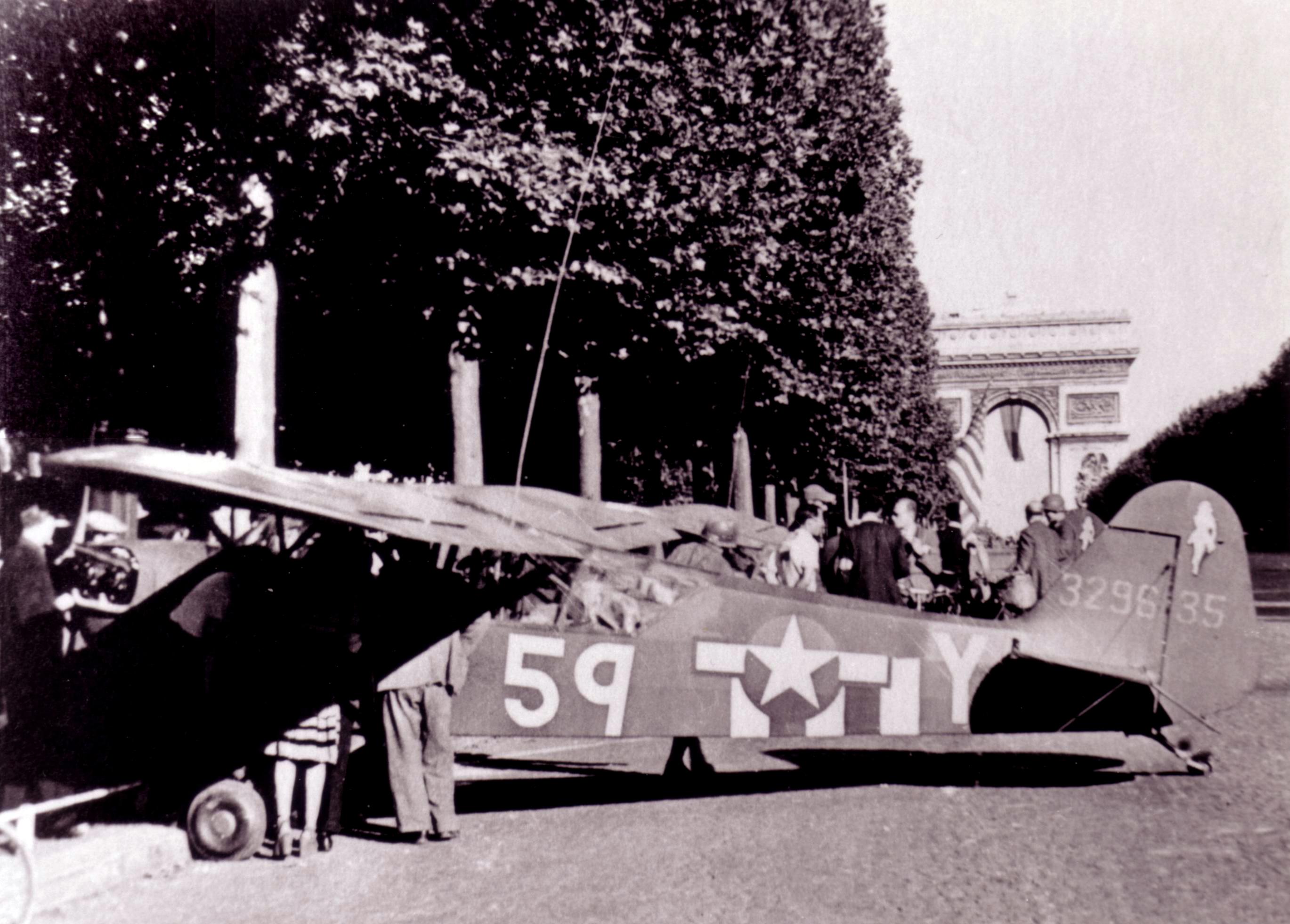 Some of the pilots are French. This is how one of them took a few days off to take his American colleagues to visit Paris... by Piper Cub! One can recognize the No. 59 in the photo above, taken in Normandy.

The L-Birds accompanied the advance of the troops up to the end of the war. While the fighters and bombers were repatriated to the United States, these small airplanes were decommissioned on-site, and used for the training of thousands of pilots after the war.