L - Birds back to Normandy,
An exceptional gathering of liaison aircraft of the Second World War

In the context of the 75th anniversary of the allied landings and the battle of Normandy, that will be celebrated in June 2019, preparations have begun for an exceptional commemoration. Indeed, this "quarter of century" anniversary is probably the last to which WWII veterans will participate.
From the 6th to the 9th June 2019, the association L-Birds back to Normandy organize an unprecedented gathering of liaison aircraft, called L-Birds (L for liaison). This gathering will bring together Piper L-4, Stinson L-5 Sentinel, but also some rare L-Birds, or even for some, the unique of its kind currently flying!
More than 60 aircraft liaison, all authentic and in their historical colors of 1939-45, will join the Normandy from the four corners of Europe

The peculiarity of this event is to bring together for the first time since 1945 an unprecedented number of liaison aircraft, real veterans, and representatives of different types of WWII aircraft, from all countries involved. Truly authentic (historically as visually) aircraft will contribute to the duty of memory of their owners and pilots. The diversity of the nationalities of participants, be it at the level of the pilots involved in the operation, as in the representativeness of the aircraft, is exceptional. With a strong message of reconciliation, they will be flown together by pilots of 14 different nationalities.

Several meetings (planning which will soon be completed):

Nationalities of the participating drivers: 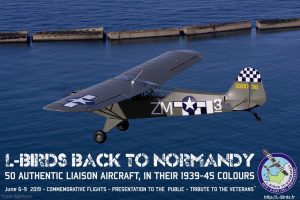 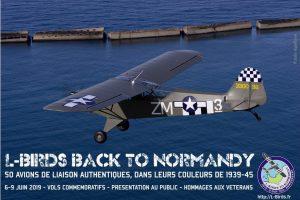 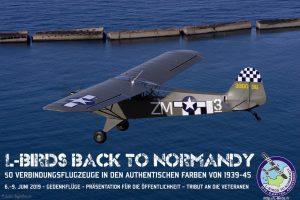 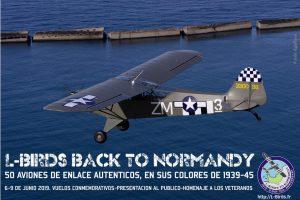 A gathering of authentic Piper L-4, but also some gems...

Added to the Piper L-4, which is today the most current WWII L-Bird, and of which the most authentic of Europe will be present, there will be: 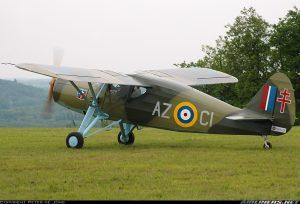 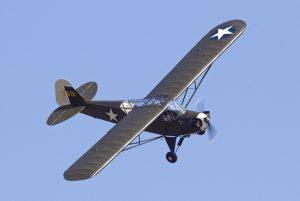 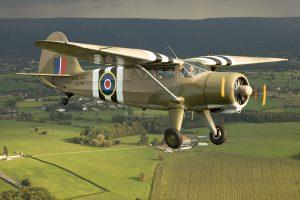 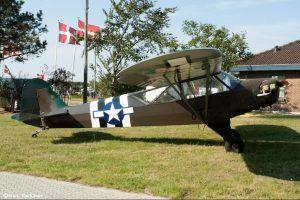 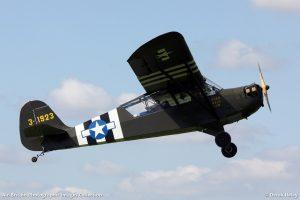 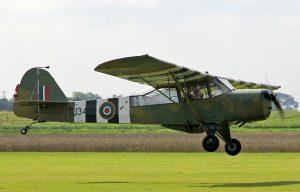 We use cookies to give you the best experience on our website. By continuing to browse this site we consider that you accept this.AcceptRefuse